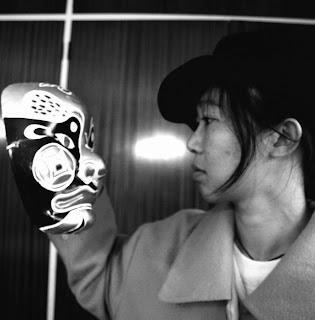 I'm about to try to fit my novel together.

At the beginning of the week, I was suffering from a bad case of first-draft disillusionment - the classical variety, where you want to rip up your script and toss it in tiny pieces into the fire - except that this being an environmental household, there is no fire. I prefer to slouch around in front of my computer wearing five layers of clothing and my Flying Doctors beanie.

I've now settled on a less drastic action. I'm going to hack apart one of my characters, the one who looks too much like me, and using fine plastic surgical techniques turn her into someone else. At least on the outside. Then no one will recognise her (evil cackle).

There is another problem, of course. There are two main characters in this book. And they are supposed to mean something to each other. All the way through the first draft you can see the author (me) prodding them together, trying to make them say hi to each other. They do, but only with the utmost reluctance.

Damn characters with a mind of their own *mutter*.

So now I'm left with two disparate stories. Fraternal twins, if you like, since they were created and birthed together. I thought they were going to be Siamese twins and have been matching limb to limb, chest to chest, trying to figure out where to sew them together. They don't seem to match up anywhere, bugger it. So now I guess I'll have to pull apart each character and start all over again.

There will be bits of limbs scattered all over my desk, shortly.

God how I love extended metaphors.
Posted by Piokiwi at 10:16 PM