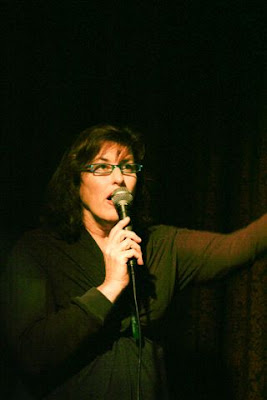 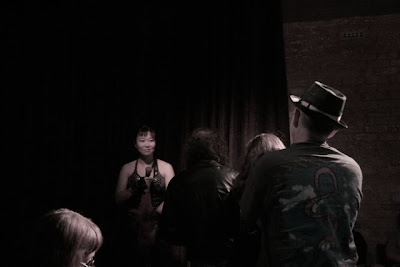 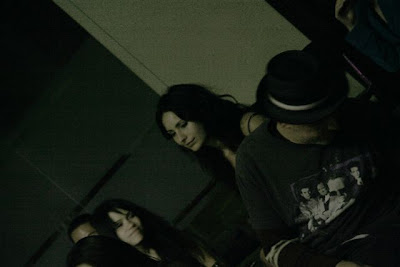 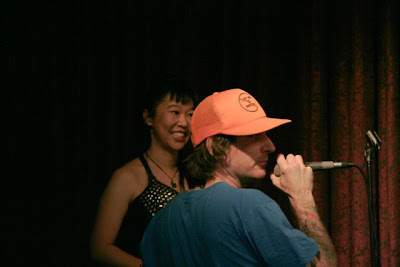 The last poetry slam of the year was held at Poetry Live on Tuesday night - although this was an "informal" slam there was fierce competition with no less than 5 previous slam champions taking part and some fiesty newcomers taking to the stage. A great example was set beforehand by our Guest Poet Jane Griffin with poems of great sensitivity and emotional range.

A touch of media glamour was added by the presence of ALT TV who came to film segments to be aired over the coming months on their show The Verona Sessions (Sky 65, Sundays at 5) and our very own poet-photographer Gus (whose photos you see above) who also took part as a competitor.

I'm always left amazed and impressed after these nights, at the edgy new material being aired. I notice the lyrical/classical forms are being tried out more (as opposed to the US-led autobiographical narrative slam style), and they often work very well on Kiwi audiences. I'm a little that way inclined myself, as a performer. As always there was a good proportion of new faces - some of the value of the slam format is that it draws people who normally wouldn't dream of coming to a poetry reading - and sometimes they realise how much they love it and keep coming!
Posted by Piokiwi at 11:42 PM