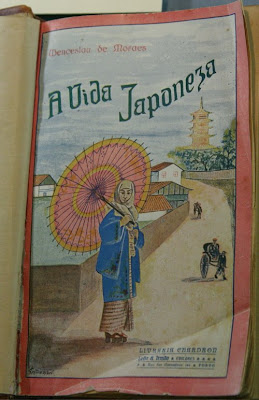 Despite a fair amount of what Mark would term "arsing around" (on the internet, mostly), I made reasonable progress on the manuscript today. I'm at the stage where I'm exploring a lot of my own childhood memories, including some fairly sticky questions like what makes me Chinese, to what extent I am influenced by my guilt over not being Chinese enough, etc.

These are also the questions that are bugging my main character, so while maintaining that the novel is NOT autobiographical, a certain degree of introspection happens, as it must do with any writer. This is where one of the hardest parts of writing happens. Easy as it is to just write history, I have to make sure it is "her" history and not mine. In other words, she has to react to the fictional world I have made for her instead of being my mouthpiece, and she also has to react according to "her" character flaws and not mine.

Much as I would like readers to 'like' her, I also have to accept that she may have parts that are not likeable, and be prepared for other characters or readers to find fault - or the novel won't really happen at all. At the same time, there's no point making her so disagreeable that people won't be interested in what happens to her.

I also have to make her life difficult, or at least to throw lots of problems in her path - or again there is no novel. So part of my task is to both identify with her (so I can write from her point of view without mine intruding) and at the same time, be an objective author, happy to push my characters entirely to the limit.
Posted by Piokiwi at 8:32 PM