the weekend: all the world's a stage 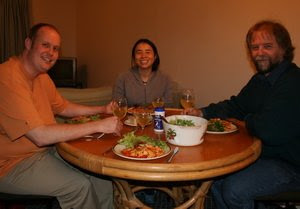 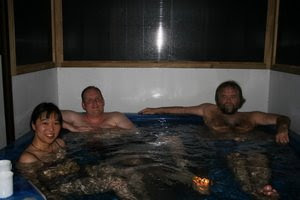 Later in the spa 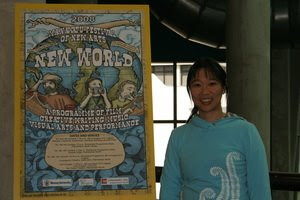 with a "Festival of new arts" poster 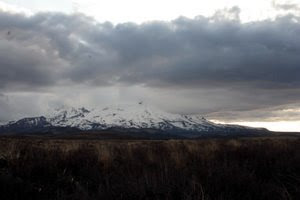 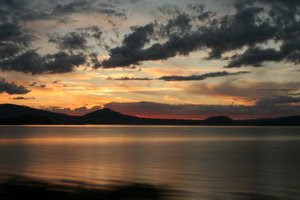 
Just spent the weekend in Palmerston North with friends Tony, Lynette and Tim - our excuse being that we were there to see the "world" premiere of my short play "Mask" which was produced as part of the Manawatu Festival of New Arts.

Of course, we didn't spend *all* our time being arts buffs.. we also spent a goodly proportion being spa, garden, cafe and windmill buffs. Oh, and a fair amount of time was also spent cooking, eating, drinking wine and just generally working hard at doing nothing, as fast as possible. A few times we were nearly caught out by the early closing times in Palmy, affecting restaurants, supermarkets etc.... meaning a quick dash to the supermarket at one stage to avoid having to rely on greasy takeaways for an evening meal. Luckily I chose my traveling companions well. Tony and Tim did all the driving while Lynette and I managed the kitchen (don't worry, we made the boys do the dishes.)
Posted by Piokiwi at 1:07 AM